DS, signed “John Lennon” and “Paul McCartney,” three pages, 8 x 13, February 11, 1975. Contract between Maclen Music Limited and Jackwill S. A., with the latter agreeing to “procure or provide such services for the purpose of promoting the MML Catalogue of musical compositions and placement with recording artists of musical compositions owned by MML” for a period of four years. Approved and signed at the conclusion in blue ballpoint by McCartney and in black ballpoint by Lennon. Countersigned by J. W. Clement on behalf of Maclen Music and by R. D. A Wills on behalf of Jackwill S. A.

Documents signed by more than one member of The Beatles is rare and highly collectible. They are many dealers who will only purchase signed documentation or cheques as they are genuinely less worried about authenticity. The most sought after being all 4 Beatles alongside Brian Epstein.

We are always on the look out for new autographed items from The Beatles. If your looking to sell then please get in touch.

TLS signed “John,” with added self-portrait sketch, one page, 8.5 x 11, August 1, 1974. Letter sent to Native American guitarist Jesse Ed Davis, in full (spelling and grammar retained): “dear (h)ed, and patti, glad you enjoyed. thanx for offer. I’ll probably have done most of it by the time you get this! elton came and sang (and played great piano/organ) on ‘whatever gets you through the night.’ i used the original take by the way, we never played it as well again. its ruff, but cooks! hes some musician old elton j!

Letters from Lennon remain uncommon and highly sought after. With this example all the more interesting given its various associations to the production. Of his fifth studio album Walls and Bridges. The recipient, Jesse Ed Davis, a member of Taj Mahal’s backing band who performed guitar. On the album and on its 1975 follow-up Rock ‘n’ Roll, also played on albums by George Harrison and Ringo Starr before passing away in 1988. “De nurse” is a reference to May Pang, Lennon’s partner during his fabled ‘Lost Weekend.’ Who sang backup vocals on the album and was an inspiration for the song. ‘Surprise Surprise (Sweet Bird of Paradox),’ which also featured harmony vocals by Elton John.

Who, as Lennon explains, played piano on the album’s second track, ‘Whatever Gets You thru the Night.’ Lennon reflected on the John cameo in an interview with Rolling Stone. ‘Elton sort of popped in on the sessions for Walls and Bridges. Also, sort of zapped in and played the piano and ended up singing ‘Whatever Gets You Thru the Night’ with me. Which was a great shot in the arm. I’d done three quarters of it, ‘Now what do we do?’ Should we put a camel on it or a xylophone? That sort of thing. And he came in and said, ‘Hey, I’ll play some piano!’”

Authentic John Lennon Signed ‘Let It Be’ Album with Original Sketches. Let It Be inner album sleeve signed by Lennon to his Japanese language teacher.

Amazing Let It Be first pressing album by the Beatles (Apple Records, AR 34001, Scranton). Signed and inscribed neatly on the inner album sleeve in black felt tip, “To Astrid mit lieben, John Lennon,” who adds “76” and draws two sketches. One of himself and another of a sheep standing on a cloud with the sun peaking out in the background. Below Lennon’s signature and drawings. Besdies, the recipient has inscribed the sleeve to her nephew, “and to David, with love, from Tante Astrid, IV. 1980.”

Lennon attended the Berlitz New York City Language Centre. Furthermore, in an attempt to learn Japanese soon after the birth of his son, Sean. Astrid, the recipient, was his instructor. According to Ray Coleman in his 1984 book John Ono Lennon. The sessions at the Manhattan language school lasted for two hours, three times a week: ‘The technique was…the complete immersion method with no English spoken. John also bought a series of cassettes. Much to Yoko’s chagrin he would attempt to practice on her…after two months of battling…he could manage only about forty words. He gave up after a brave try, much to Yoko’s relief.’

“Faster” is a song by English rock artist George Harrison from his 1979 studio album of the same name. The song inspired by Harrison’s year away from music in 1977, when he travelled with the Formula One World Championship. As well as his friendship with racing drivers like as Jackie Stewart and Niki Lauda. Although the lyrics are applicable to numerous professions. They focus on the difficulty of obtaining and maintaining success in motorsport, particularly Formula 1.

In the United Kingdom, “Faster” was released as George Harrison’s third single and offered on a picture disc. Featuring the portraits of numerous prior world champion drivers. The single raised funds for Gunnar Nilsson’s cancer research foundation, which he established in 1978. It also honoured Ronnie Peterson, Nilsson’s countryman who died as a result of injuries incurred during the 1978 Italian Grand Prix. Harrison recorded a video for the song. In which he sings the song in the back of a car driven by Stewart. 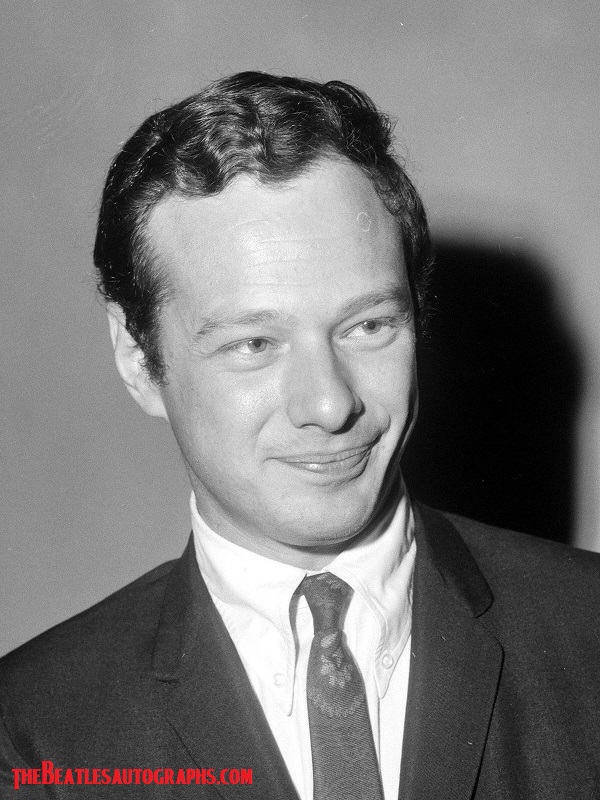 Epstein, raised in Liverpool by a prominent business family, who appointed him manager of their music store, where he had a penchant for finding talent. In 1961, he first encountered the Beatles during a Cavern Club lunchtime performance in Liverpool. Epstein put them under contract and urged that they give up their scruffy image in favour of a new clean-cut look, despite the fact that he had no prior experience managing artists. Additionally, he tried to sign the Beatles to a recording contract; eventually, EMI’s Parlophone label offered them a deal.

The Beatles became well-known worldwide in a matter of months. Epstein travelled with them to the US, where he inundated with requests for merchandise. But he had already given away 90% of the rights. Under his leadership, a few of Epstein’s other early findings had also flourished. They comprised Tommy Quickly, Cilla Black, The Big Three, Billy J. Kramer and the Dakotas, Gerry and the Pacemakers, and Tommy Quickly. At the age of 32, he passed away from an accidental barbiturate overdose in 1967.

Harrison once claimed that the MBE stood for “Mister Brian Epstein,” but Epstein was disappointed that he was not recognised with Lennon, McCartney, Harrison, and Starr when they earned the MBE in 1965; The Rolling Stones manager Andrew Loog Oldham and Epstein were both admitted into the Rock and Roll Hall of Fame in 2014, but not without controversy. Oldham chose not to attend in part because he felt that a joint induction was an insult. The Beatles were among the initial inductees into the Hall.

We Buy Autographs, contact us today if your looking to sell.